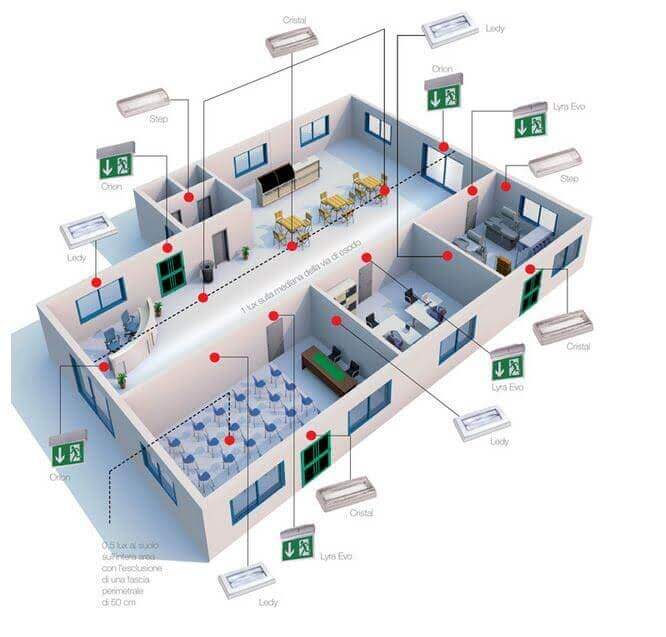 What is the emergency central battery system?

It’s an addressable standalone emergency system based on serving emergency lighting through computerized station, which is ideal for medium or large projects where central Control is desirable such as: Universities, hospitals, Banks, Malls and Security institutions.

The system is divided two parts:

We deal with a flexible system that can be expandable according to the requirement of the project and the number of the luminaires to be served through; nevertheless it’s advisable when choosing the center to leave a spare space for future.

The advantages of using emergency central are: